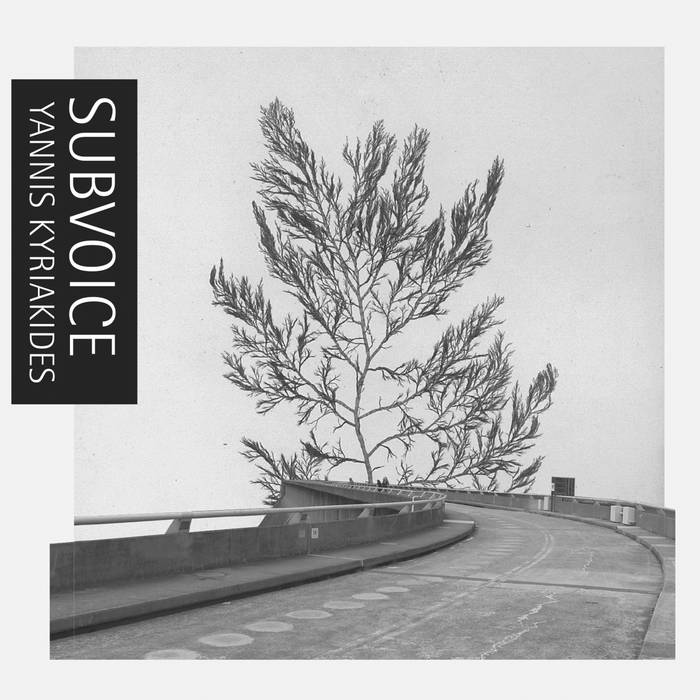 SUBVOICE is a collection of nine recent works by composer Yannis Kyriakides for various ensembles ranging from single instrument to large orchestra, that represent an investigation into ideas of voice and language. The music is built on traces of voices and texts that seem to speak or sing in an intimate form of dialogue, either as text that is directly encoded into music, or in traces of voice that are embedded and dissolved into the musical fabric.

In Words and Song Without Words, the encoded words of Felix Mendelssohn argue that music is far less ambiguous than language. In the orchestral work Der Komponist, the words of Helmut Lachenmann state that: “The composer has nothing to say.” Paramyth uses the spoken voice of a traditional Cypriot storyteller, time-stretched and magnified until it seems to sing. Toponymy takes the politically contentious subject of the renaming of towns and villages in Northern Cyprus, by encoding the place names in both Greek and Turkish. Circadian Surveillanceuses a time-condensed 24-hour recording made near the buffer zone in Nicosia to reflect on the temporal scale of human activity. In an excerpt from another large scale temporal work, the 12 hour Politicus, made for the Venice Biennale in 2011, the dawn chorus seems to be participating in the dialogues of Plato’s ‘Politicus’, sonified on a prepared disklavier piano. Testudo encodes a fragment of a text by Sophocles in a duet between a contrabass player and synthesized tortoise sounds. Oneiricon, an open-form composition for interactive score on tablet and laptops, algorithmically encodes words from a Byzantine dreaminterpretation book into constantly evolving musical phrases.Two of the works in the collection have received prizes, Words and Song Without Words won the International Rostrum of Composers (IRC) Prize in 2014, andParamythwon the BUMA Toonzetters Prize in 2011. The hard cover sleeve is designed by Isabelle Vigier who is also responsible for the original illustrations in the 44 pages book of liner notes and texts by Yannis Kyriakides himself.

Yannis Kyriakides is a composer and sound artist living in Amsterdam. In the last years his work has been exploring different relations between words & music, both in concert compositions and installations through the use of systems of encoding information into sound, synthesizing voices and projected text. His works on CD include aconSPIracy cantata, Wordless, Antichamber, Resorts and Ruins, and recently Lunch Music, all released on Unsounds. With guitarist Andy Moor his collaboration has incuded Rebetika and Life is a Billion Heartbeats. He is a founding member of the ensemble MAZE, and teaches composition at the Royal Conservatory in The Hague.